Source: Xinhua 2017-01-14 BEIJING, Jan. 14 (Xinhua) -- China has 50,000 medical and health institutions that offer Traditional Chinese Medicine (TCM) therapies, according to China's TCM authority. The State Administration of Traditional Chinese Medicine revealed that 40 percent of the population have access to TCM programs at the local level. Wang Guoqiang, director of the administration, said that in the first nine months of 2016, the average fee for TCM treatments and the

Hengchun Clinic Case study: Lower back pain, what if I am afraid of needles?

Low back pain is a common human experience -- almost everyone has it at some stage. The lower back is also called the lumbar region. Pain here can be intense and, in Chinese Medicine, the causes may related to kidney, injuries, missed work, damp cold or damp heat. Symptoms may range from a dull ache to a stabbing or shooting sensation. As we known, there are many clinic study revealed people with chronic or long-lasting back pain show improvement after receiving acupuncture t 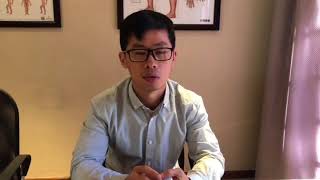 An apricot kernel is the seed of an apricot. It is known for containing amygdalin, a poisonous compound. Together with the related synthetic compound laetrile, amygdalin has been marketed as an alternative cancer treatment. Wikipedia 3-minute Chinese Medicine study from Dr HU in Hengchun Health Centre. Be the best Chinese Medicine & Acupuncture clinic in South Africa. #hengchunclinic #joburg #southafrica #chinesemedicine #herbs

#Local & Healthy living in South Africa# is a column on interesting places and healthy information in SA by Hengchun Health Center. Enjoy fantastic and healthy life. 《南非本地健康生活》是南非恒春堂的一档关于当地生活环境和健康活动的专栏，不定时的发布文章介绍南非本地的健康生活资讯，祝愿各位美好、健康生活每一天。 Stellenbosch is a university town in South Africa's Western Cape province. It's surrounded by the vineyards of the Cape Winelands and the mountainous nature reserves of Jonkershoek and Simonsberg. The town's oak-shaded streets are lined wit 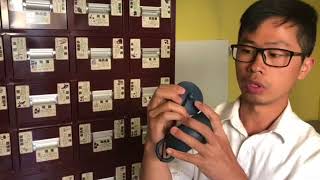 3-minute Chinese Medicine study from Dr HU in Hengchun Health Centre. Be the best Chinese Medicine & Acupuncture clinic in South Africa. Ephedra is a medicinal preparation from the plant Ephedra sinica. Several additional species belonging to the genus Ephedra have traditionally been used for a variety of medicinal purposes, and are a possible candidate for the Soma plant of Indo-Iranian religion. It has been used in traditional Chinese medicine for more than 2,000 years. #he 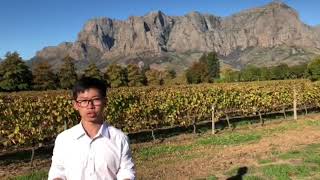 Typical cases in our clinic

Zhang Boli: The efficacy of TCM in the fight against COVID-19

The Prescription of Pneumonia No.1 is effective in treating mild 2019 n-coronavirus pneumonia and r